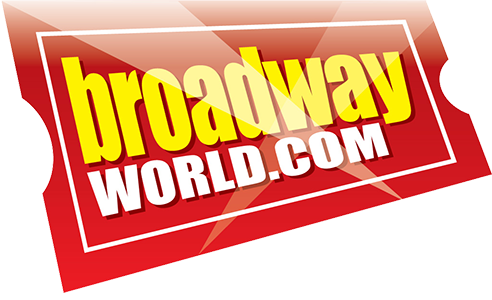 In Aaron Calvert: AWAKEN I push the boundaries of what people are capable of. Without giving too much away, you will witness members of the audience perform the inexplicable in a series of superhuman feats.

AWAKEN takes inspiration from the true stories we’ve all heard about mothers lifting cars and ripping off doors with their bare hands. Whilst training as a doctor these stories were used to demonstrate what the human body is truly capable of and it captured my imagination. What if I could recreate these feats live on stage?

My most exciting and ambitious show to date, AWAKEN combines theatre, hypnosis, magic and mind reading to produce a spectacle never seen before. Written with and directed by national award winning magician Sam Fitton, AWAKEN is  a fascinating journey that dares you to believe. Witty remarks, good humour & edge of your seat theatre will make AWAKEN the show audiences can’t stop talking about.

Why bring Awaken to Edinburgh?

Edinburgh brings in crowds of excited audiences which you don’t find anywhere else, which makes it the perfect place to showcase AWAKEN.

We’re incredibly proud and excited to be returning to La Belle Angèle with AWAKEN before touring later in the year. The Edinburgh Fringe Magic scene is one of the largest in the world and we can think of no better place to debut AWAKEN.

You have quite the unusual career path don’t you?

Much to my parent’s dismay, I do have quite an unusual career path as I swapped a stethoscope for the stage… I’ll explain.

I originally trained as a doctor at the University of Nottingham. It was during that time that I met my co-writer & director Sam Fitton (a fantastic magician who has his own show at this years fringe that I’d highly recommend, A Case of Wonders). Together we produced a number of theatre shows and following their success I decided to pursue a career in the performing arts.

After my graduation in 2015 Sam and I formed Lost Luggage Productions that produced last year’s sell-out, critically acclaimed 5* show ‘Mind Games’ as well as this years debut of Aaron Calvert: AWAKEN & A Case of Wonders.  Most recently we have been commissioned by Channel 4 to present a brand new TV show which will see me hypnotise couples to forget each other. This show will air on E4 later this year and we are incredibly excited for people to see it!

What sets it apart from other shows at the Fringe?

AWAKEN is unlike any other show you will see. It employs hypnosis that is designed to elevate my audiences experience by showing them it’s possibilities, rather than embarrassing volunteers. These amazing feats are what people love about my shows and in AWAKEN we’ve really taken it to a whole new level.

At the heart of AWAKEN is audience participation and without the exceptional people that join me on stage there really is no show. By being involved you will be part of something incredible and become the star of the show.

AWAKEN  follows a distinct theme that we’re keeping close to our chest but that makes it a richer theatre experience. Fusing fact with fiction the narrative twists throughout every effect and demonstration culminating in a dramatic climax.

Who would you recommend comes to see you

If you’ve ever heard a story you simply can’t believe… Then come and see AWAKEN.

If you’ve ever experienced a moment of Deja Vu so vivid you were sure it was real… Then come and see AWAKEN.

If you’ve had an idea that wasn’t yours but it felt so genuine… Then come and see AWAKEN.

We have lots to talk about.