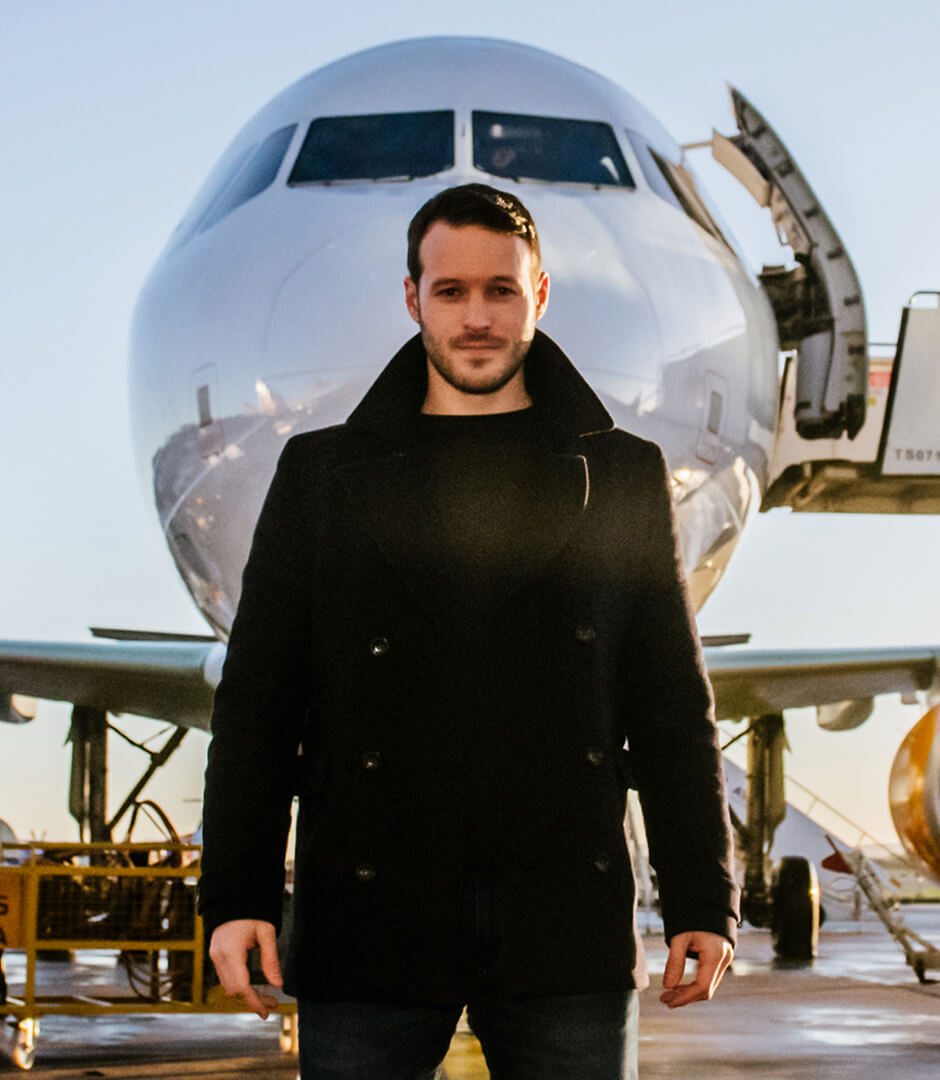 LOOK INTO MY SKIES…

PASSENGERS GIVEN A FIRST TIME FLIGHT EXPERIENCE WHILE UNDER HYPNOSIS 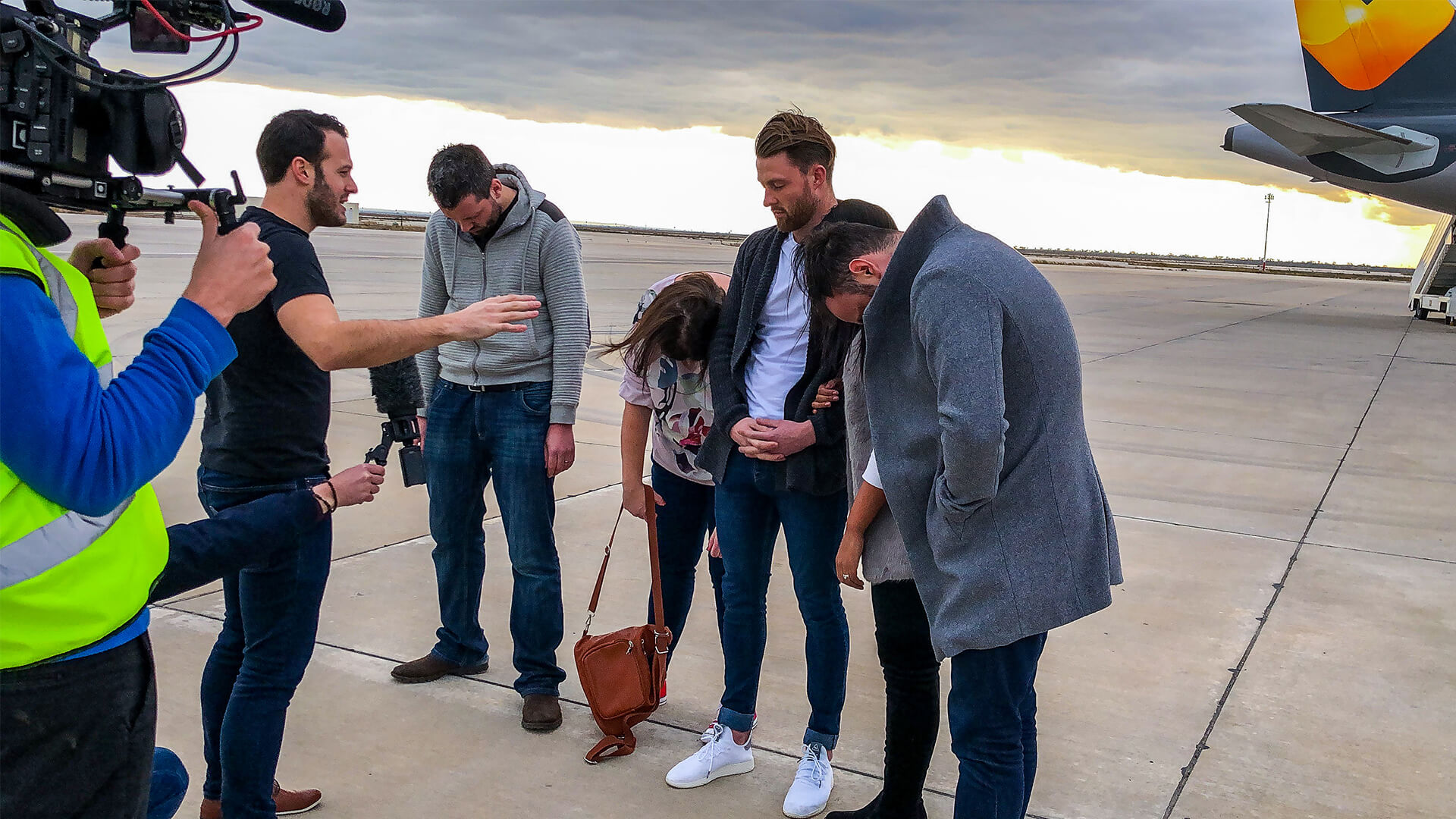 Research reveals that while one in five Brits (17%) say their first flight experience* is one of their top ten life experiences, 55% feel that flying is now a means to an end and over a third (35%) have fallen out of love with flying altogether.

Thomas Cook Airlines partners with hypnotist, Aaron Calvert, to give frequent flyers a ‘first time’ flying experience to help them fall back in love with flying.

Today, leading leisure airline, Thomas Cook Airlines, has revealed that more than a third (35%) of Brits say they’ve fallen out of love with air travel and over half (55%) feel that flying is a means to an end, despite the fact that one in five (17%) say their first flight experience is one of their top ten life experiences.

Over a quarter (28%) said they wish they could experience the first flight feeling again. Thomas Cook Airlines has made this a reality with a world-first #FirstTimeFlyer video experiment in collaboration with TV hypnotist and mind-reader Aaron Calvert, to give frequent flyers, and those who have fallen out of love with flying, the chance to enjoy the first time feeling all over again.

Aaron spent 20 minutes putting five adults under hypnosis. Each person was told they were being filmed for a documentary on being a first-time flyer before being taken through the airport and onto the plane – where they believed they were boarding an A321 for the very first time. 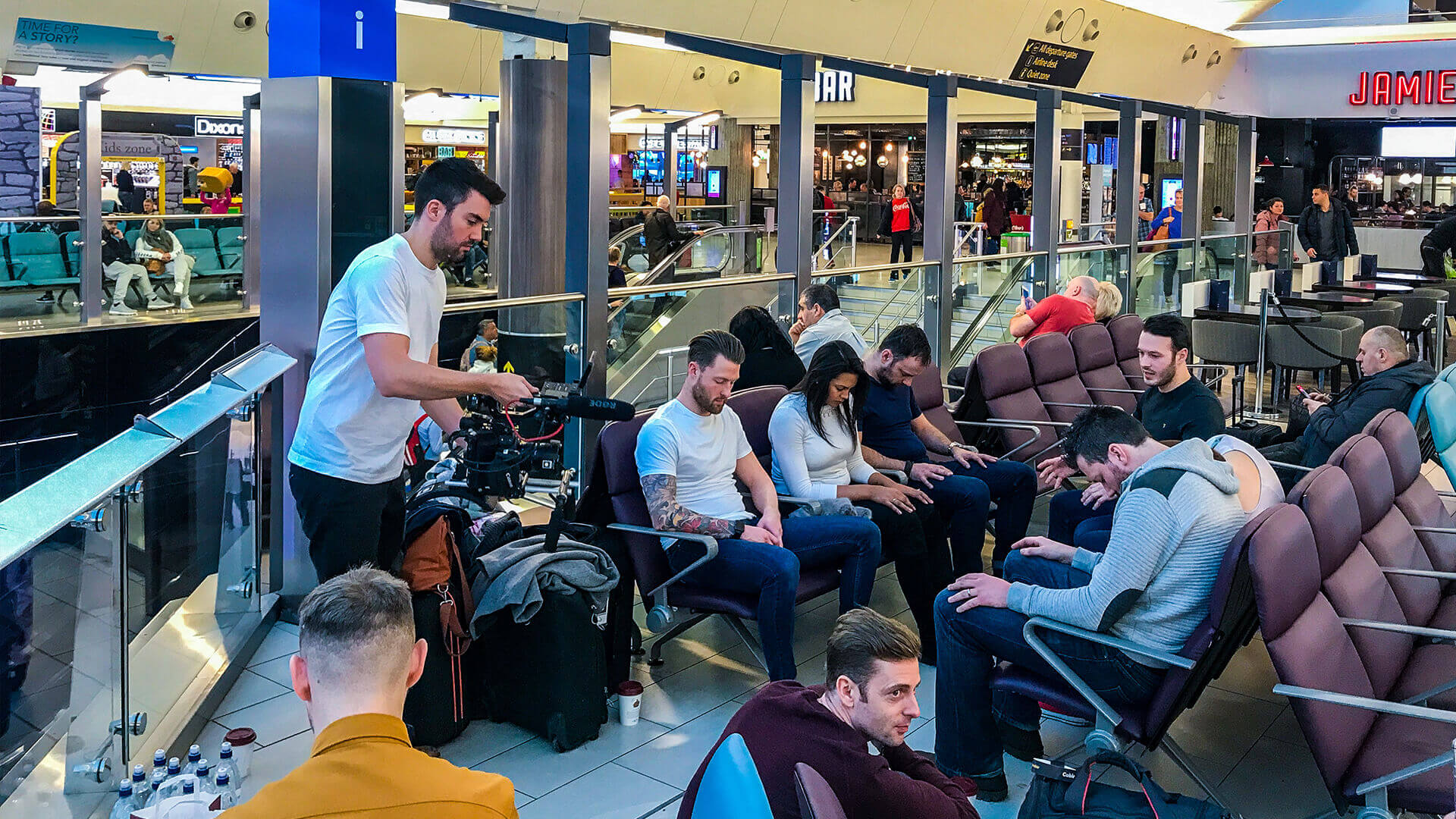 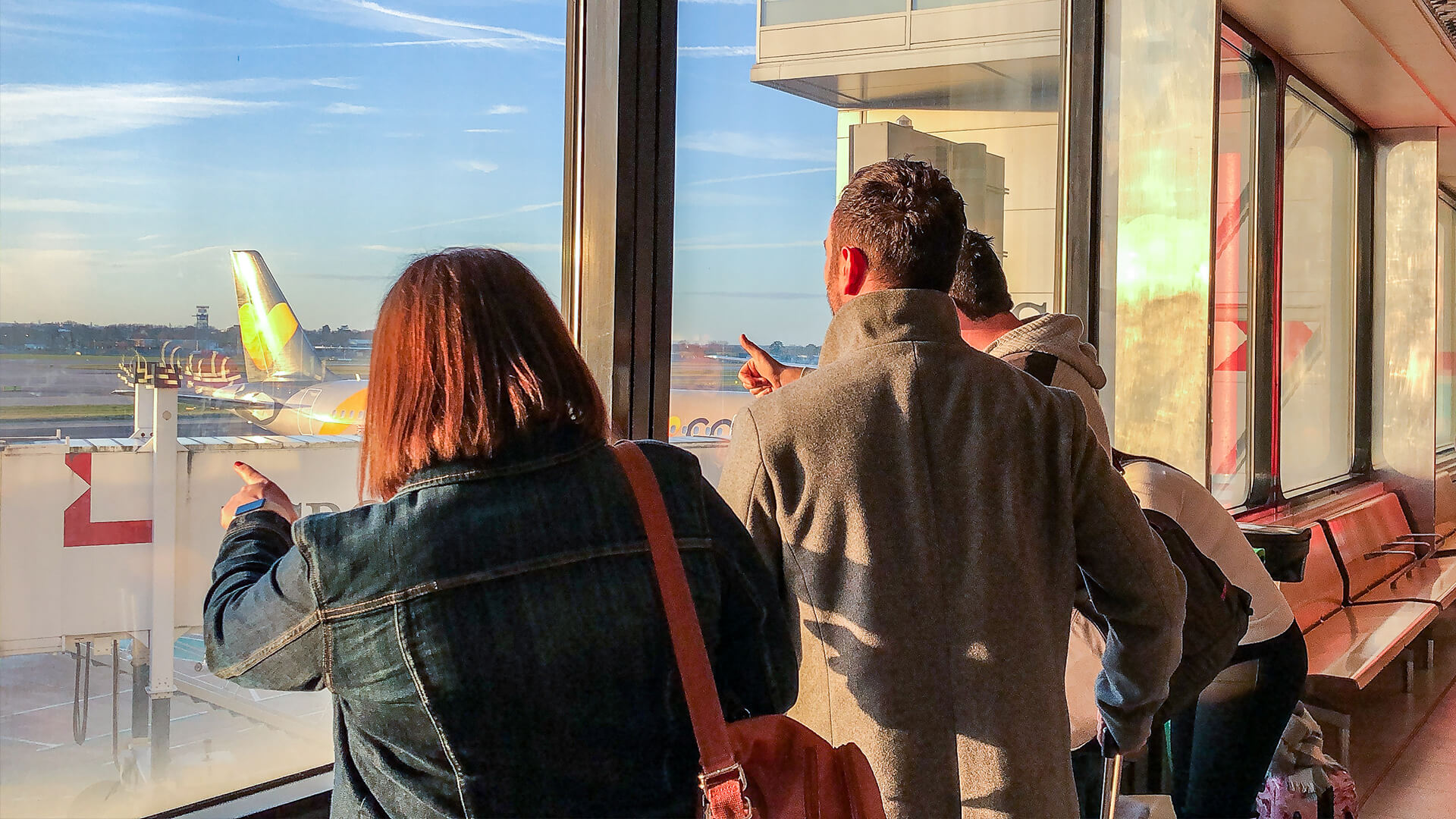 The participants spent eight hours under hypnosis and experienced every element of air travel as if for the first time. Each person was filmed as they waited expectantly in the departure lounge, watching the planes take off, before excitedly boarding. The passengers smiled and expressed their delight as they found their seats and took off.

Manchester based TV hypnotist Aaron, 27, said during the day: “It’s been really eye-opening. These guys absolutely believe this is their first flight. And what’s amazing is the simplest things are bringing such joy. They looked out of a window, saw a plane and couldn’t believe the size of it or that it could actually take off. There was an almost childlike excitement to their constant questions!” 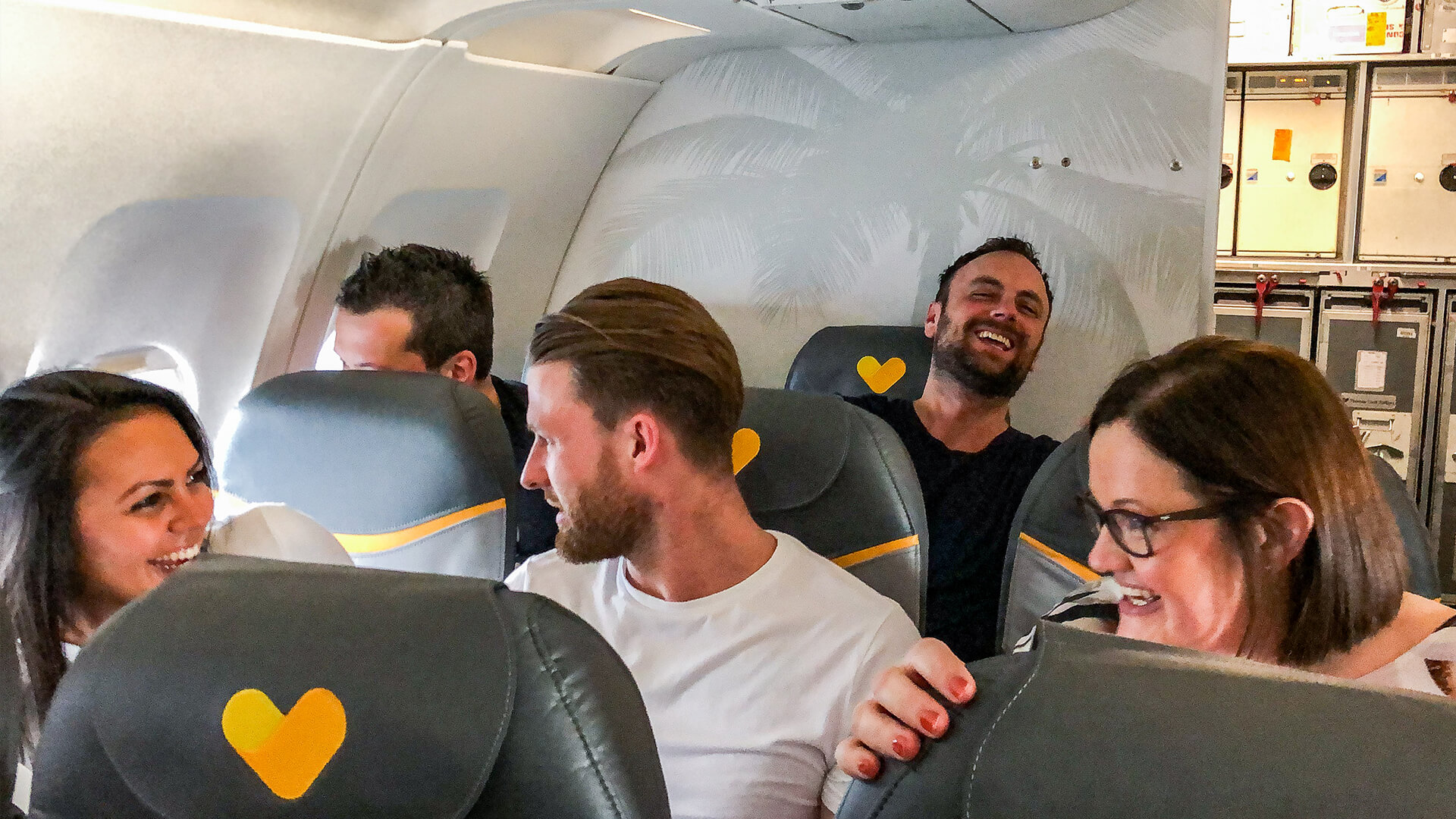 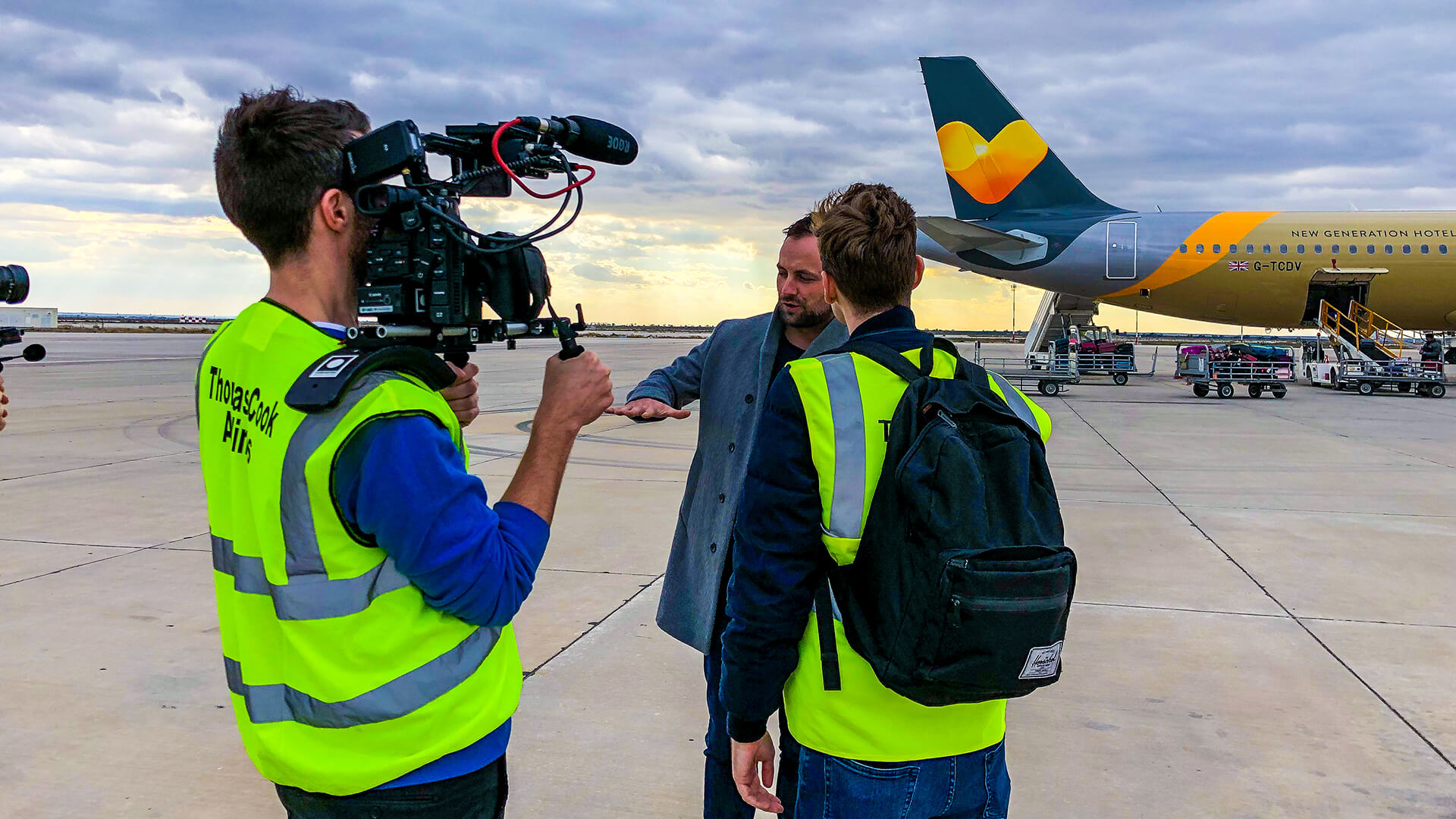 Jo Cattini from Hemel Hempstead, 47, estimated she’s been on more than 30 flights, taking a couple of family holidays a year. Married couple Lee and Jade Evans, 30 and 29, from Portsmouth, are also regulars on planes – with Lee’s job as a project planner taking him on monthly flights to Scotland and Europe. The duo even flew long haul for their honeymoon just four years ago. Also put into a trance were James Jebson, a 36-year-old photographer from Blackpool, and chef Murray Tweddle, 32, of Kinross.

James said: “I have a massive range of emotions. It’s made me realise how incredible flying is. If I hadn’t been hypnotised myself, I’d be the guy saying, ‘that’s fake’. But I can guarantee, it’s the most strange, bizarre and beautiful experience. If you haven’t flown before, just do it.”

The experiment was commissioned following the findings that on average, the British public take 280 million flights each year and a Thomas Cook Airlines survey of 2,000 adults found that while almost three quarters (72%) remember their first flight fondly, on average, it takes the average Brit 21 flights to stop feeling excited by it. But many people do see it is an opportunity to catch-up on a fun activity. Over one in ten (11%) use the time in the sky to catch-up on their favourite TV show or watch a film, over two in five prefer (38%) to use the time to catch-up on some sleep, and almost half (48%) immerse themselves in a good book.

New Zealand (24%), Australia (21%) and Japan (15%) were the top countries that people want to travel to and experience for the first time, followed by the USA (12%) and the Caribbean (11%). However, many Brits still have travelling abroad on their bucket list, as 5.9million** are still yet to fly for the first time.

Director of Group Cabin Crew Management at Thomas Cook Airlines, Maggie Kennedy, said: “We think that your holiday should start as you arrive at the airport and board the aircraft, which is why we want to show the fun of flying through this experiment. Flying with us allows you to sit back, relax and disconnect from the every day before reaching a fantastic holiday destination. What can be better?!”

The airline has recently expanded its range of fares, with the long-haul Economy Light fare launching late last year, while the Premium fare allows customers to upgrade on a long-haul flight for a great price. Thomas Cook Airlines is one of only a few airlines to offer a high-quality hot meal through its partnership with chef, James Martin, and Airshoppen service is a unique spin on traditional duty free that allows customers to order online in advance and have their purchases delivered to their seat on board the aircraft.

For more information about Thomas Cook Airlines and to book flights, visit www.thomascookairlines.com 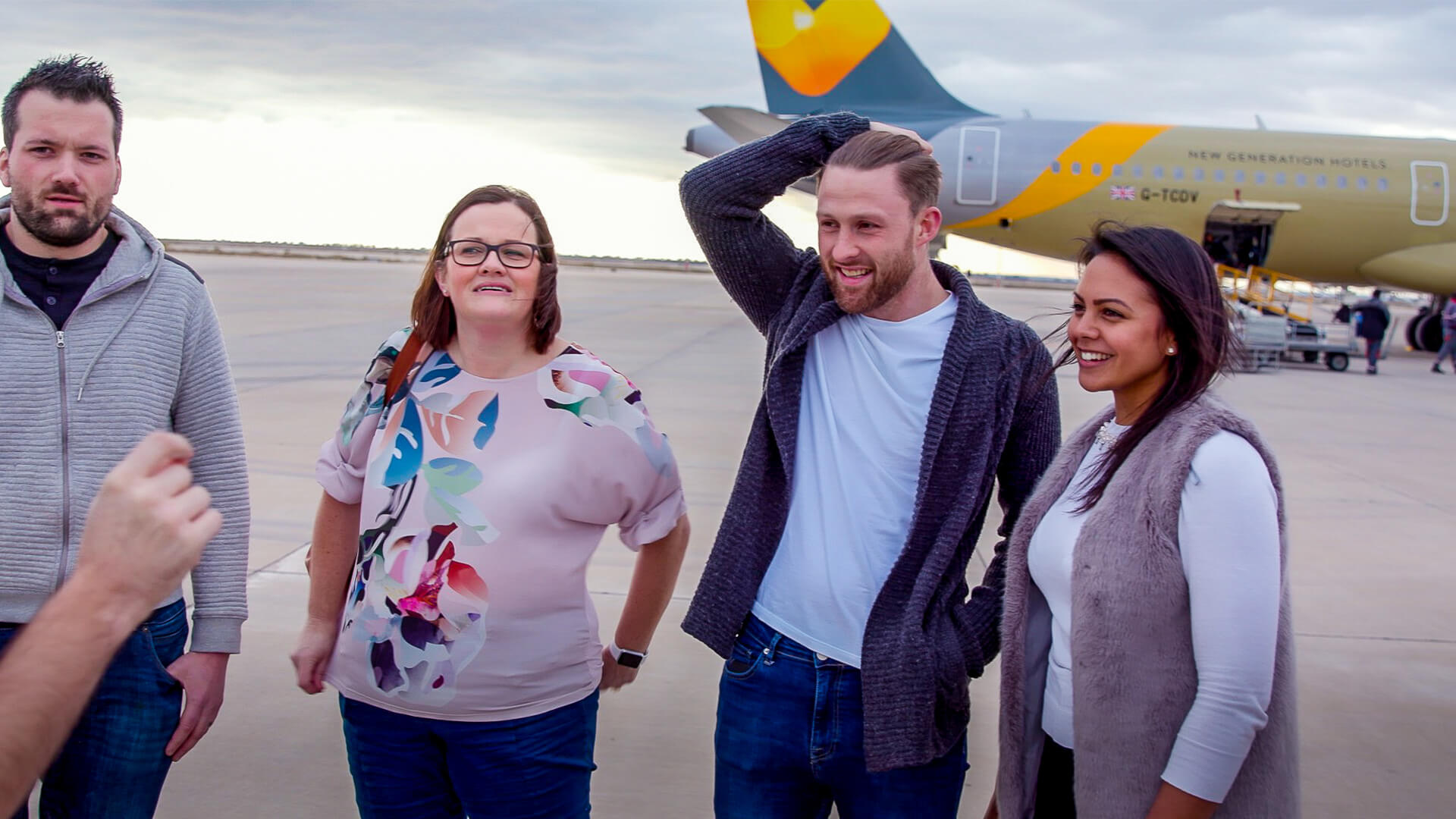 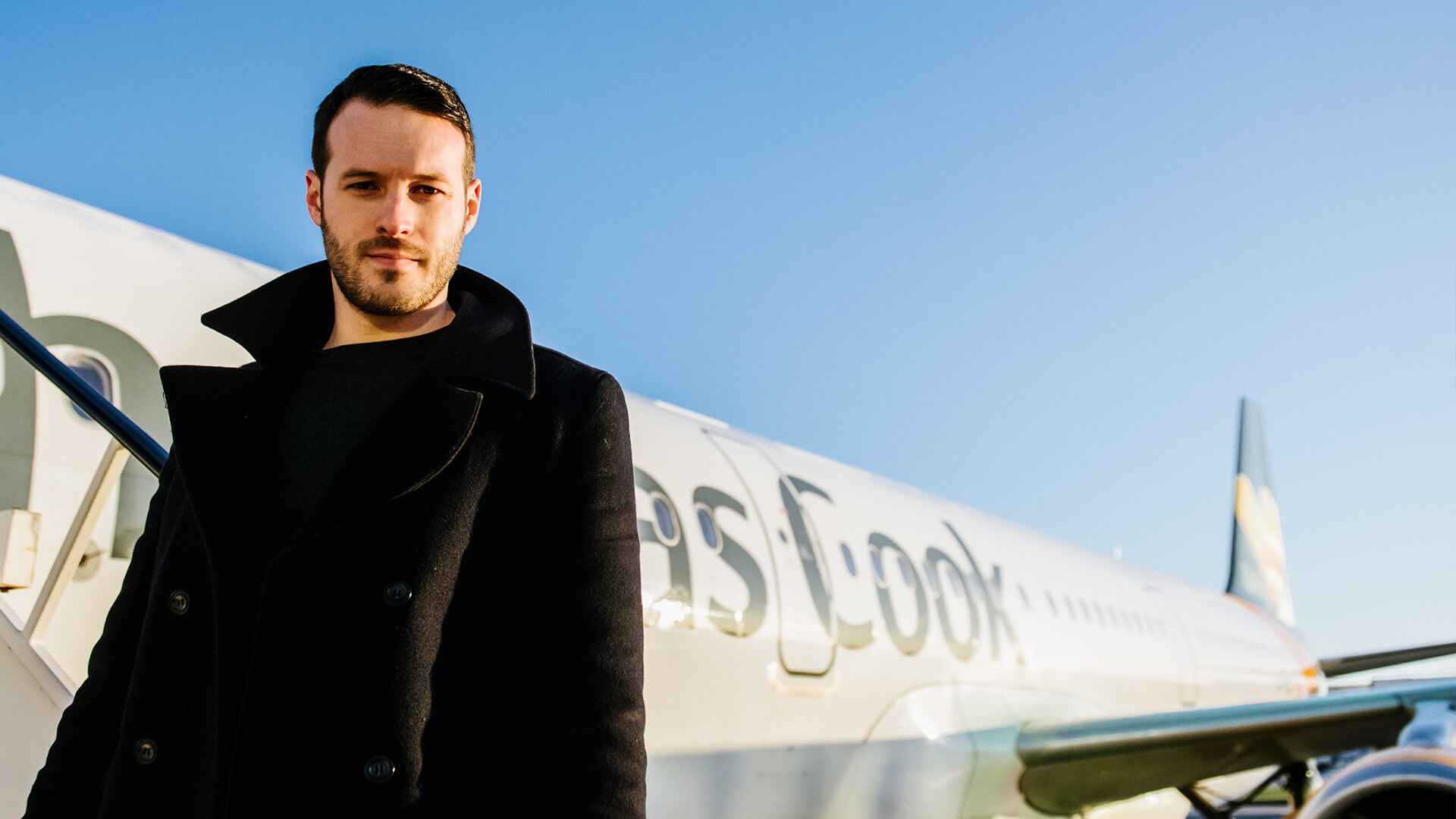 **Data taken from the Office for National Statistics.

The safety of the contributors was paramount throughout this hypnotic experiment. Applicants were carefully screened prior to their involvement to ensure there were no contraindications to taking part; including, but not limited to, risk factors for hypnosis and flying. The final group of contributors who took part in the experiment were hypnotised on the 9th January 2019. The hypnosis was conducted by Aaron Calvert who continuously monitored the participants throughout the experiment.

Thomas Cook Group Airline, part of the Thomas Cook Group, is one of Europe’s leading leisure airlines, operating from the source markets Germany, UK and the Nordic countries. With a fleet of 101 aircraft, the airline carries over 19m customers per year to 120 destinations, generating revenues of £3.5bn. Its 9,500 employees put the customer at the heart of everything they do. The airline has received almost 80 awards in the past six years, showing the passion and customer focus of its colleagues around the world.

Splish splash. Wet sock at the top of the rock…

He loves a view… / spending 50c a minute on ever